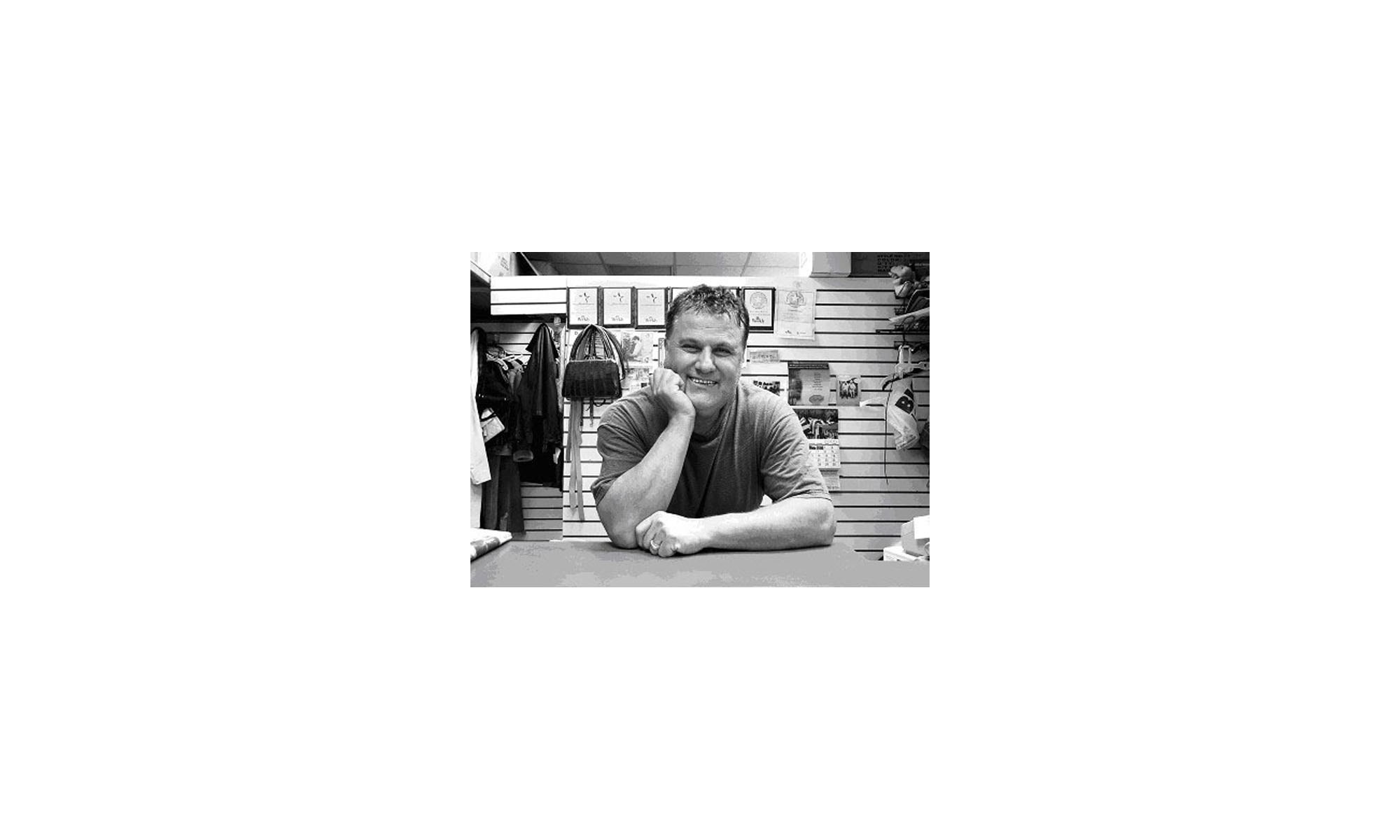 It wasn’t shoes that Robert Babekian first worked on when he came to California, although at 22, he had been manager of high end Ernest Hoffman Shoes in Europe.

No, when Robert first came to California, in 1975, it was steaks, not shoes that he handled. He sometimes grilled as many as 100 a night at his friend’s Cable Car Restaurant in San Francisco. “Two minutes and the steak’s done.”

The Armenian Lebanese native worked seven days and seven nights at the grill and saved enough so that by 1979, he was able to buy the Deleon Shoe Shop and change its name to Midtown Shoe Repair. It has been a Midtown fixture for more than 40 years.

Whether it’s his smile and easy going way or his ability to fix what is brought in, Robert prides himself that when “people come in unhappy, I make them happy.” He’s magically opened unopenable suitcases, fresh from a trip. He’s patched together a worn out, but favorite pair of soccer shoes. And sometimes he just tells a would be customer the shoe is fine as it is.